Church a Catalyst for Ukraine Refugee Support in Exminster 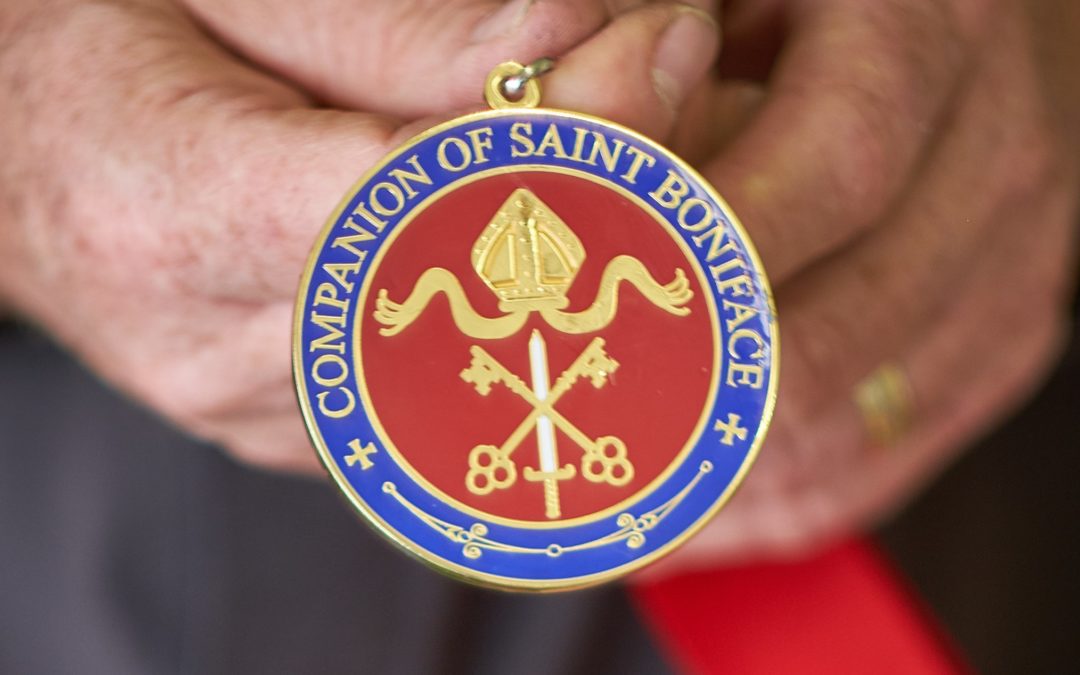 CAPTION: The new St Boniface medal will be given out by the Bishop of Exeter to people nominated by their churches

Devon County Council has voted in favour of an amendment to adopt St Boniface as the Patron Saint of Devon.

The decision was made at a full council meeting on 23 May with a majority of councillors voting in favour.

St Boniface was born in Crediton and the Boniface Link Association has been campaigning to have him officially made the county’s Patron Saint.

The campaign has been backed by the Anglican Bishop of Exeter, Rt Revd Robert Atwell, and the Roman Catholic Bishop of Plymouth, Rt Rev Mark O’Toole as well as Crediton Congregational Church, Crediton Methodist Church and the Rector of the Orthodox Parish of the Holy Prophet Elias.

The Rt Revd Mark O’Toole, said: “I am delighted to hear this wonderful news and I congratulate Devon County Council on this momentous decision.  St Boniface has many lessons to teach us today and I hope the fact that he is now officially Patron Saint of Devon will inspire us to look more closely at the life of this remarkable Devonian.”

The Rt Revd Robert Atwell said: “This is fantastic news, St Boniface was an exceptional man of whom Devon can be proud and we have been delighted to support the campaign to have him made Patron Saint of Devon.” 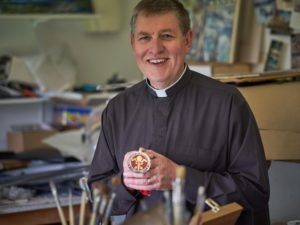 St Boniface Day is June 5. On Sunday 9 June, Rt Rev O’Toole will be jointly leading a special service at Crediton Parish Church alongside the Bishop of Crediton, The Rt Revd Jackie Searle. Following the service, there will be a procession to the statue of St Boniface in the park followed by a second service led by Bishop Mark in the Catholic Shrine of St Boniface.

Crediton County Councillor Nick Way, who put forward the St Boniface motion, said: “I am very pleased the council supported the Boniface Link organisation’s campaign to adopt St Boniface as Patron Saint for Devon and I would like to thank all those whose efforts made this possible. This is great news for the Crediton area and the county as a whole.”

This year the Bishop of Exeter has introduced a new initiative in the name of St Boniface. The Company of St Boniface honours people who have made a substantial contribution to the life of the church in Devon. Up to six Companions of St Boniface will be admitted each year. This year there will be a service of investiture at Exeter Cathedral in September at which the recipients will be presented with a special medal designed by Devon priest and artist Father Andrew Johnson.

Boniface was born with the Anglo-Saxon name Winfrith in Crediton circa 680AD and is often referred to as the First European.

He studied at the monastery at Exeter, later travelling to Europe as a missionary.  In 722AD, Pope Gregory made him Bishop of all Germany East of the Rhine. He was martyred in 754AD at Dokkum in the Netherland and buried at Fulda in Germany.